We’re all going to die. We’ve been born, we’ve eaten some fries, we’ve filled out municipal forms, and just like that, we’re also going to die, for sure. For many of you that’s no news; for children, it is.

Sooner or later they get wind of that whole „dying“ thing, and they come to you, their parents, asking: „Are we really all going to die? And you, mom and dad, are you going to die too?“ They’re young; they don’t know that asking their parents a meaningful question is almost guaranteed to leave them with a false notion about the important things in life.

So here we are, their parents, mere mortals, having to explain to our soft angelic offspring, barely over-topping a tall ice-cream cone, whether we’re to be, or not to be.

If you ask me: DEFINITELY NOT TO BE! However – not a consensus opinion.

My daughter’s first run-in with death was when her Gran’s dog died. For a full day, I wallowed in ignorance, and when the dad broke the tragic news to me, things had already taken a wrong turn.

„…so we decided to tell her the dog left the country!“ he told me amid much fanfare, as if he’d just got his PhD in Child Psychology and Behavioral Science. Ever at the cutting edge, I frowned.

„So where the hell did it go? Trinidad and Tobago? Do cats emigrate, too? Why don’t we just buy a suitcase for ours, have it at the ready? Couldn’t you tell her that the dog IS DEAD, FOR CHRISSAKES!“

My angelic offspring’s father looked at me in horror, the way the Polish looked at the invading Nazis in ’39.

„Death is the natural endpoint of life, and we shouldn’t lie to our child about it!!!“ I concluded in thundering Darwinian-Marxist fashion. So I went to pick her up from kindergarten and told her the dog hadn’t gone to Trinidad and Tobago, but to the farm. She shrugged and said „Okay“.

So all went as planned. But my relief was short-lived. My daughter decided to get to the gist of this new piece of information. At midnight on the same day we were wrapping up a quiet matrimonial evening of reading in bed when she appeared at the bedroom door in her tiny pink nightgown, then sat at the edge of the bed and murmured, voice delicate as a reed, hazel eyes shining sadly: „Mommy, Daddy, are you going to die,too?“, and got the following, at the same time:

„NO!!!“ (This, her shining knight of a father, all „oh-my-darling-little-girl-I’ll-slaughter-anyone-who-ever-says-anything-to-hurt-you-and-then-I’ll-buy-you-a-doll-and-a-cake-and-sing-you-to-sleep“)

„YES!!!“ (This, her hag of a mother, all „you’ll-see-one-day-how-terrible-life-is-and-the-women-are-all-slaves-to-patriarchy-read-books-and-go-to-Standford-but-wash-that-toothpaste-off-your-cheek“.)

„Yeah, you’re right, sorry. At midnight we’ll tell her we’re not going to die, and tomorrow at eight we’ll just shout „Surprise, guess what happened while you slept? Dying it is!““

„Oh great, now how’s she going to go back to sleep?“

More wailing and gnashing of teeth. I decided to fix it. Taking her hands, I said:

„Sweеtie, we’ll die a loong time from now, so old and boring and crabby that you’ll be staring at your watch, asking yourself „Won’t they die already? I’m so tired of this!““ (Alas, my poor children have had to put up since birth with their mother’s awkward sense of humor, roughly reminiscent of an elephant from Middleofnowheresville working 18-hour shifts at the coal mine, cracking jokes at the New Year’s Eve Vienna Philharmonic concert next to baroness von Tihrlenhopstern.)

„And besides,“ I add dreamily, as if I’m telling her a fairy-tale, „when we die, we’ll leave you two apartments and one fifty-sixth of the villa in the country.“

Now, my daughter is a practical person, and at 4 she’d already saved 113 lev, iron-pressed and sorted by denomination; and besides, at the time she didn’t have any sibling competition. So my words cheered her up somewhat. On the the other hand, her father was growing more and more suspicious and afraid, and I thought he’d take great care with his food and drink from now on, being the actual owner of those apartments.

After the initial shock, she managed the following question:

„Mommy, can you die after I have children so I won’t be lonely?“ I started to tell her that I don’t know EXACTLY when I’m going to die, and maybe she wouldn’t have children or a partner, or maybe she would turn out to be gay… but then I felt, on the back of my head, the icy stare of this wonderful long-suffering man next to me. I sighed, setting aside my liberal upbringing, telling her in conciliatory tones:

„Yes, sweetie, we’ll die when you won’t need us anymore.“

And so she hugged us and we all went to bed in pieces, as if we’d lived through the Apocalypse.

Of course, there were a few more bad nights of crying, rebelling and denial, but finally she got used to the notion of death. She started dropping hints how it’s time I packed a bag, seeing as how old I’m now, and packing a funeral bag would be the wise and proper thing to do. As we passed the cemetery on occasion, she would explain that someone in my position should drop by the cemetery more often, to get used to it.

She’s older now and doesn’t say it, but the way she looks at me, the way she’s complimenting me on my youth and beauty, tell me she’s expecting me to keel over any second now.

My other daughter’s dilemma wasn’t nearly as heavy. She’s not into dilemmas. At 5, the first thing she said on the topic, and the last was this:

And it pretty much sums it up, doesn’t it?

Many kids don’t learn about death as straightforwardly as mine, with the help of a dog and a truckload of theory. Some suffer head-on collisions, then have to pick up the jagged pieces. But I think that truth is the best policy, and children deserve to learn from you what you believe, no matter if you’re Christian, Muslim, atheist or Buddhist, or just ordinary citizens. Children are brave and strong; and ever stronger, if you believe they can be. Still, be careful – no need to unload life’s concrete truck on top of their heads outright, like yours truly.

Be frank, but be kind. One doesn’t have to get in the way of the other. 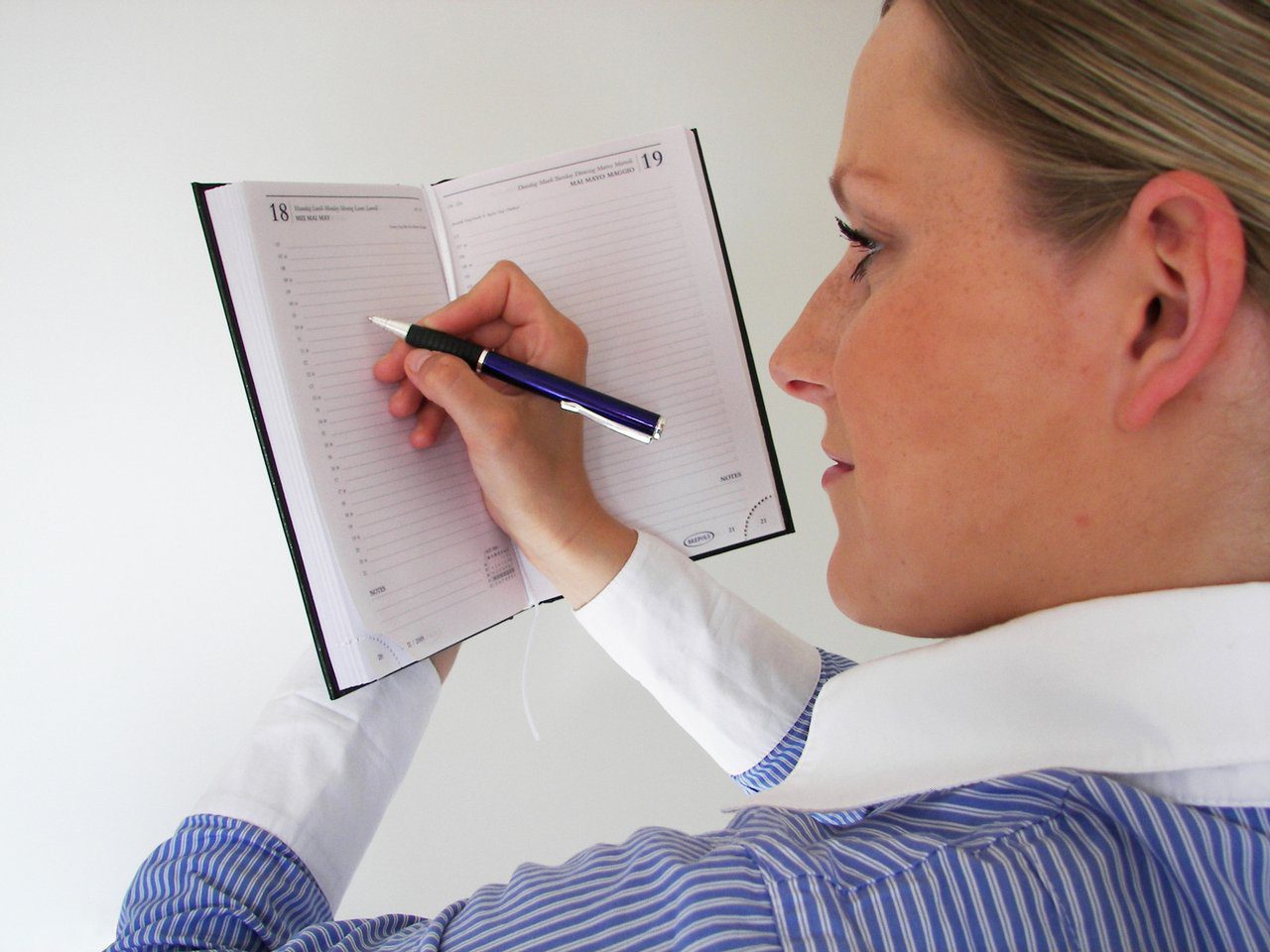 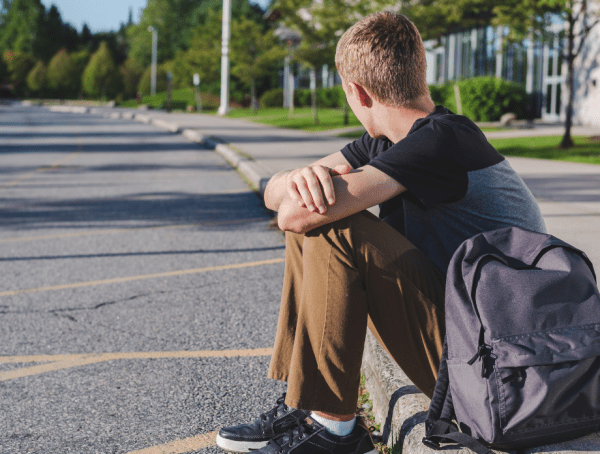 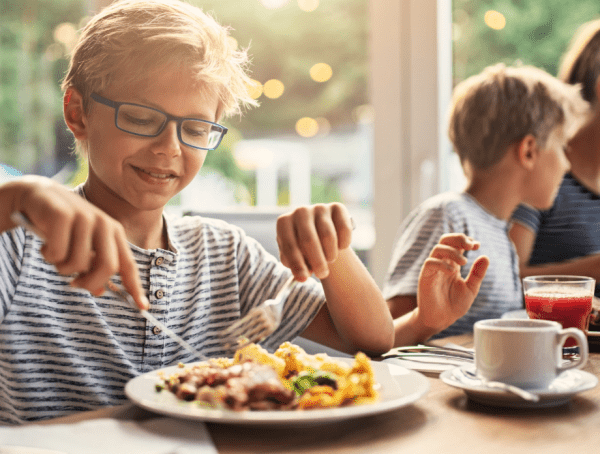 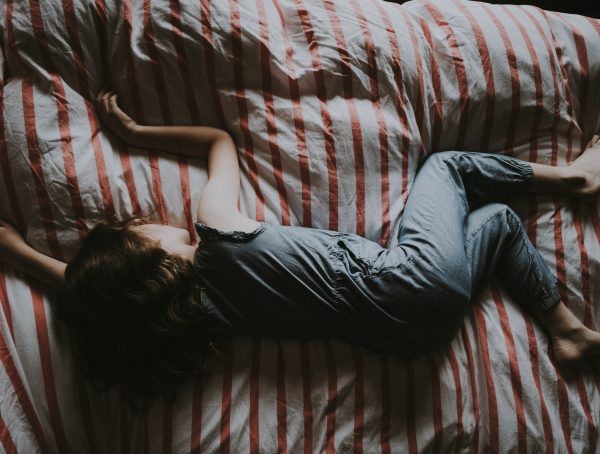