I’ll never be *that* mother!

There are probably few girls in this world that grow up dreaming of just being mothers. I myself admit, I’ve never met a girl who just can’t wait to wrap up her geography matriculation exam so she can start, with a tremulous heart, calculating her ovulation period, running around looking for disposable pants for her birth, reading recipes for pumpkin puree, the whole of that unglamorous affair her greatest pride and joy in life.

This is perfectly normal, of course. Children are a great pride and joy, indispensable really, but so is travelling, meeting friends, going to concerts and galleries and bars, and eating and sex and a million other things that are hands down fantastic. While we’re still without kids, going about other business, parenting looks distant and unfamiliar, but also simple as dirt. While we feel sorry for people with children, we never miss an occasion to competently scold them on how foolish and incompetent they are at it.

We’ve all heard brave talk from childless people; hell, we’ve heard it from ourselves.

They’re NEVER going to let their kid play with the phone, or watch TV, or roll around playground, or twist like a wiry octopus/ an octopus in boiling water when you try and put them in the stroller!

Eating crap off the ground?? Puh-lease! Why do you even make these kids if you can’t take care of them!

Also, going to the restaurant with his or her parents, the unborn child will never screech like a demon, bang on the windows with dirty hands or rummage around the garbage. Instead, he or she will sit down politely, feet tucked in, and order sauteed potatoes, sipping on some sour cherry juice (shut up, I can choose the juice in my own essay!), engrossed in a book. All in all, wait ’til we have a kid, we’ll show you what pathetic chumps you are, and how much better WE’RE gonna be as parents. HA!

If all of that rings a bell, congratulations. I was the same, just as are 90% of all others. So instead of feeling awkward and uncomfortable, let’s look at where we go the most horribly wrong with our pronouncements BEFORE and AFTER the little one comes in.

Children, an overview. Before a child, I had a cat, a dog, some angelfish and guppies. Now I still have a cat, but I also have a child, and I can honestly say it’s not the same: it’s better. I used to explain how I don’t need kids; there are thousand of cats and dogs to look after, not to mention hedgehogs and those poor, poor homeless storks with their nests all crushed and scattered! And besides, you can always adopt that unfortunate raggedy bear from the zoo or take up gardening; but the truth is, it’s not the same. I have a great deal of respect for people who consciously choose not to have children, no doubt a decision well thought-through, ironclad in its justification. Deciding on having children, however, is the same, and it’s no worse, no more pathetic, or shameful, or irritating. It’s just two faces of the same human coin – one has a dog (or a parrot, or a skunk, or a guinea pig) and the other a child (as well as a parrot, a skunk, a guinea pig or a mole).

Pregnancy’s physical dimensions. Before getting pregnant, I couldn’t fathom how in 9 moths the same woman can turn from a spring sapling to a transatlantic passenger liner. Oh she’s hungrey, oh she can’t control her appetite, oh she can’t take it, oh boo hoo. What a load of whining, get a grip, ladies! Now, if I get pregnant, I’ll never gain more than ten pounds, maybe ten and a half! A strict diet: radishes, boiled eggs and broccoli. Gym five times a week, mountain hiking and all manner of pregnancy-friendly sports. I’m going to look, at worst, like an Olympic athlete after a large sarma dinner, and not like a fat penguin with scoliosis.

Surprisingly, after I got pregnant, I got on the food abuse train as well. Packets of assorted cheeses, nuts and bananas dancing around jars of honey, hazel tahini and walnuts and figs, with the world reserves of dates hitting an all-time low. Yes, I ate good, delicious food, avoiding bread, doing mighty battle with that terrible cliche „eat for two“, but I rarely managed to stop myself in time: it always happened an hour and some three thousand calories after it should have. My 210-pound husband provided extra comfort by politely stuffing himself the way I did, while for the thousandth time yet another INSANELY delicious date disappeared forever into the void of my maw.

God bless the lady doctor during the last few months for not making me get on that livestock scale they used at Communist co-op farms; she spared me a lot of anxiety and grief. I turned out okay after, getting into my old clothes on the second month after birth. But I’m not an optimist about it for the future!

General notions of parenthood. I used to wonder a great deal about those parents that didn’t manage to stop their children from doing this or that, mainly things that bug the hell out of adults. Screeching, talking loudly, picking up cigarette butts from the ground and throwing fits used to drive me crazy. After I went forth and multiplied, I learned how unfair I’d been. First, babies and toddlers ALWAYS screech and talk loudly. If they don’t, know that there’s something wrong. I don’t know of a single child keeping silent for their whole first two years, then asking their mother in their best upper-class voice: „Mother, would you pass me the soft-boiled eggs, if you please?“

Second, every child throws fits and squirms, including mine, especially when I pry him off a slide. Also, I’m often spotted chasing my one-year-old around the parks, screaming: „What did I tell you about the cigarette butts!“ or „Stop eating stones!“ – and I’m not the only one at all! It’s nature’s way, creating little children so they would run around screaming and playing and guzzling sand, not sitting quietly on a bench, solving math problems, gazing wistfully at the sunset and reacreating it in watercolors. It is how it is.

Women with children are boring. We’ve know all about it, those annoying moms cloistering themselves at home post-birth, instead of throwing on a small black dress and heels, throwing up their guts around the bars. I also used to wonder: what do these women do so they won’t even go get a drink in the evening? Just get rid of the kid and do it! Boring hags, popping out a child and imprisoning themselves at home!

Now I can empirically attest why that is. First, there’s no such thing as „get rid of the kid“. Where? All warm and cozy in the washing machine? Hobbling them outside the bar? Foist them on your husband, instructing him on how to breastfeed them when they get hungry?
Drop them off at a convenience store?

Second, even if you somehow manage it and go out, all locked and loaded, the truth is at 9 p.m. you’ll be utterly exhausted, dreaming of nothing better than stretching out in a quiet corner somewhere, no one bothering you.

Third, to go out, you need money. Nobody goes to the bar to drink club sodas. So, all of this in combination turns a new mother into a horrible bore, wandering around the playgrounds vacant-eyed, instead of doing shots at clubs. Still, not all is lost. There will come a time when this woman will go back to the bar, order a large drink and finish it bottoms up, then shamefully pass out behind a door somewhere.

Mothers with prams. Mothers looked alien to me once: tired and confused, not looking where they’re going, causing havoc with their prams wherever they go, pushing and shoving, finally taking up the whole space, any space, and immediately starting to talk about children. God, the tedium!

My first pram outings with the baby were terrible. Going out meant that me and my husband had to plan an itinerary two hours beforehand (and it had to exclude all underpasses), as well as a feeding strategy and the approximate pooping time (the baby’s).

On our first three tries we almost divorced.

The first time we loaded up everything in the car and when we reached the park, it turned out we’d forgotten the pram’s wheels. The second time the baby fell asleep with no forewarning and as we waited for him to wake up, it got dark, the day wasted. I’ve erased the third time from my memory.

Going outside turned out not to be a pleasant stroll, the mother nudging the pram along, the cool breeze ruffling her luxurious hair. It was actually a sort of Greco-Roman wrestling match with a pinch of that other competition, where husbands race each other with their wives on their shoulders. The whole topic is the subject of another essay, coming up soon, but to sum up – do not ridicule a pram-ridden mother battling her way through Sofia’s (or Bulgaria’s) streets. If you’re not a mason/plasterer, trundling wheelbarrows full of bricks up and down all day, then you simply can’t imagine what it’s like.

As to how much mothers talk about their children: it’s perfectly normal. Be sure that many of them can also talk about the stock exchange, spreadsheets, budgeting, extrasystoles and quantum mechanics. It’s just that time of their lives when something new and unfamiliar has began, which has to be discussed, commented on and photographed, the same way some go crazy on their food plates or cats. Equally cute, equally annoying, all matter of perspective and tolerance. Just never say never; tomorrow some might start spamming baby pictures, and others – pictures of their moussaka. All par for the course. 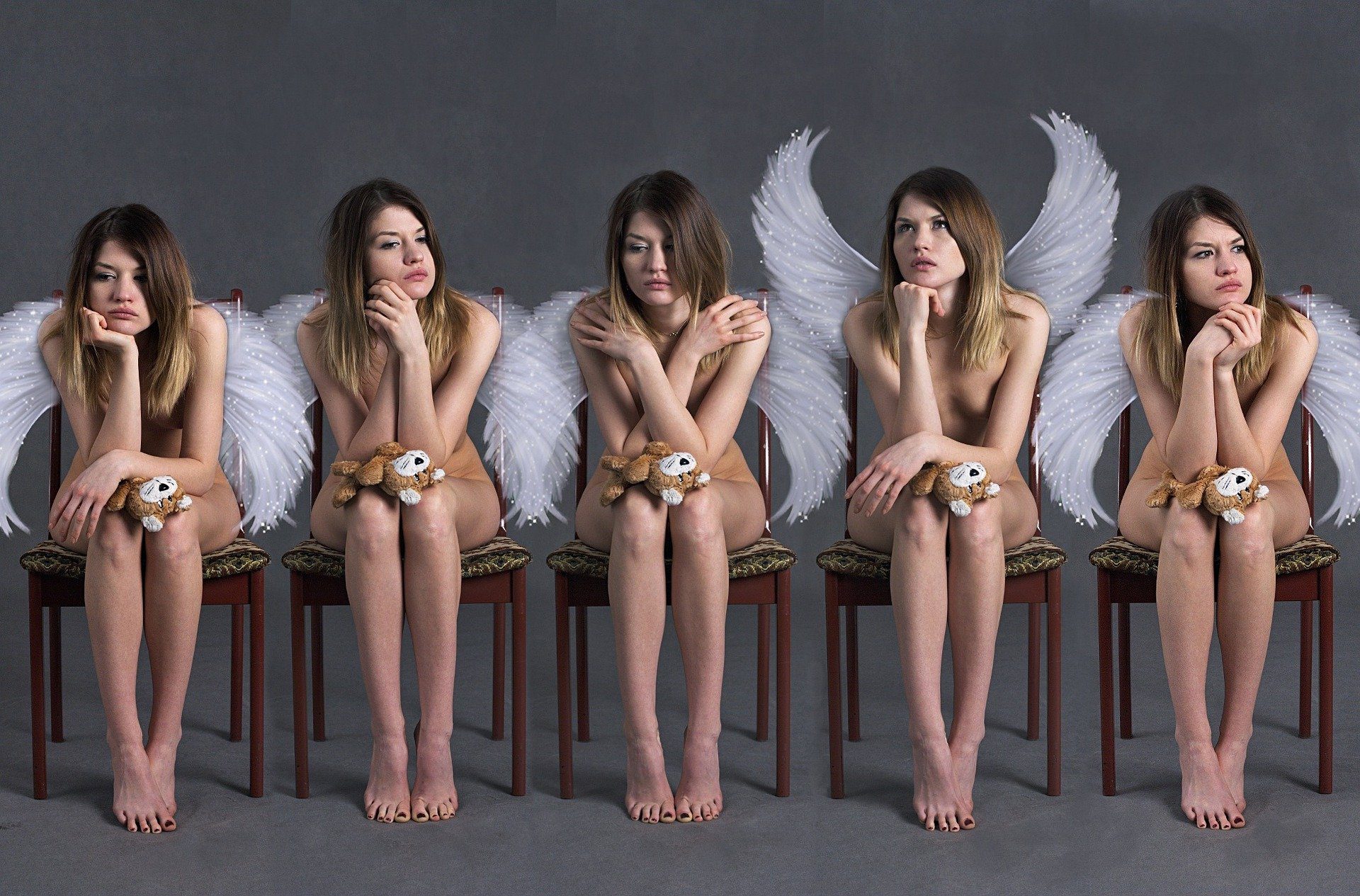 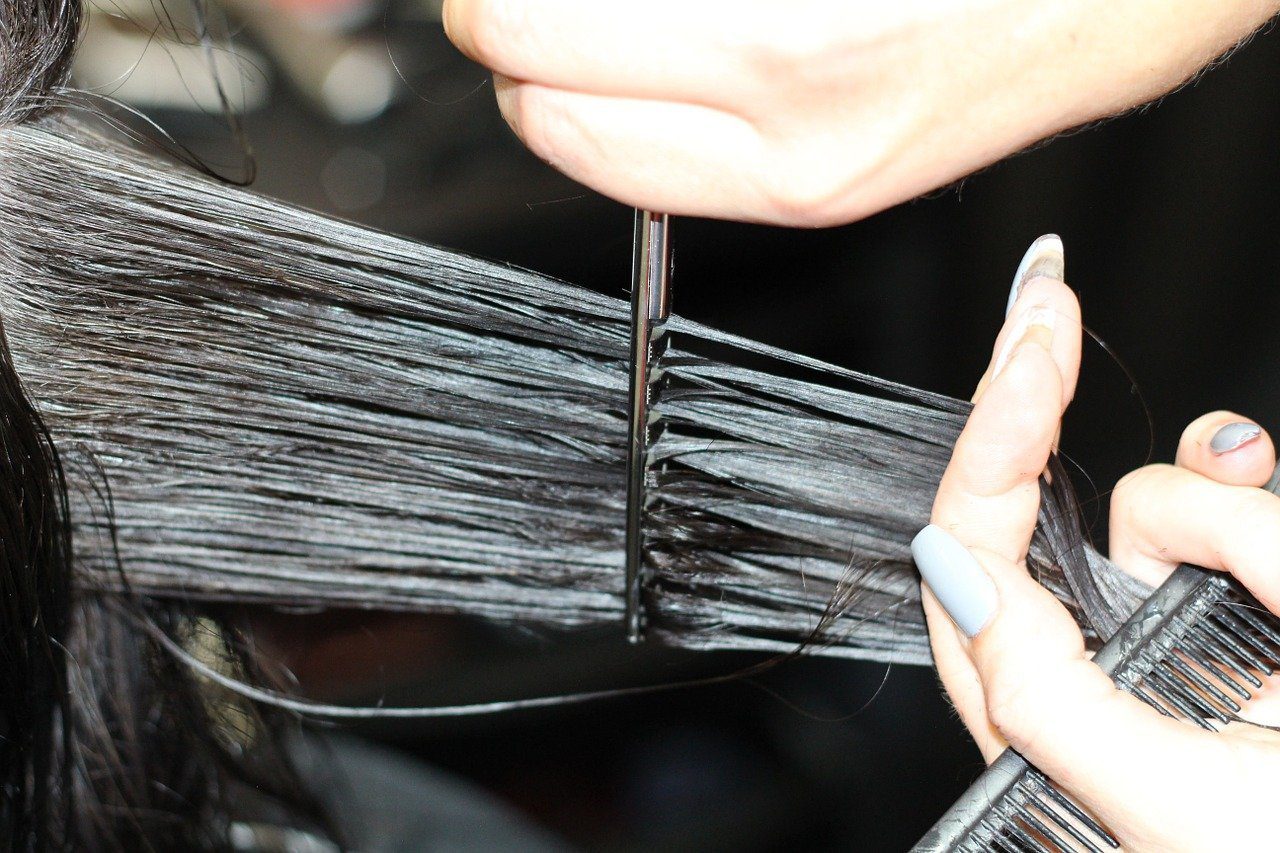 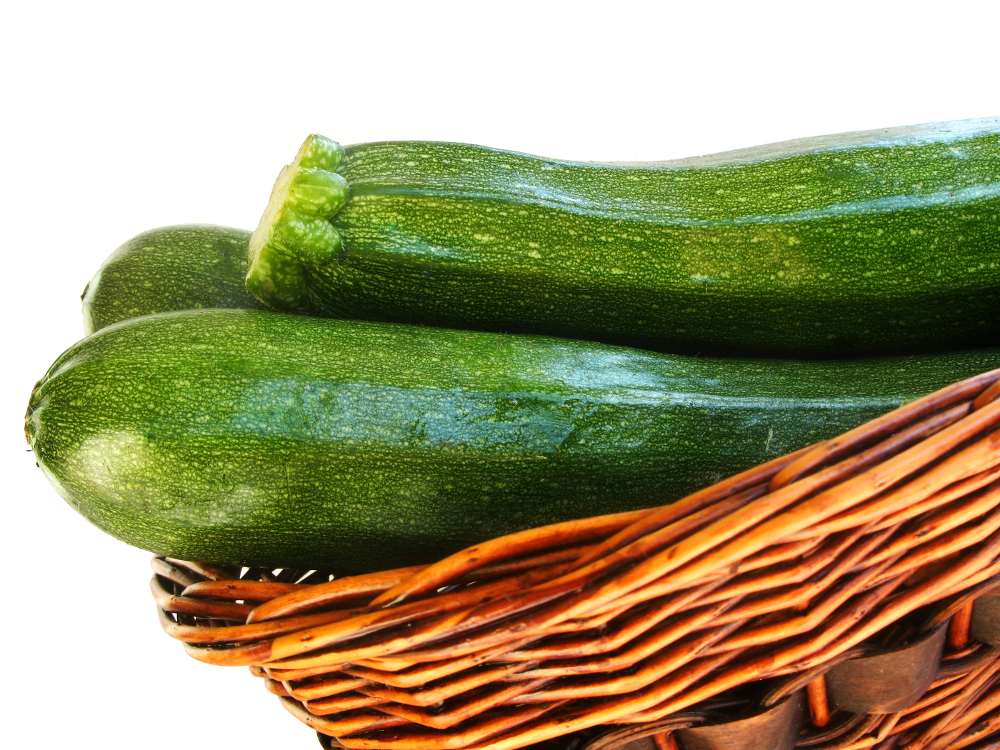 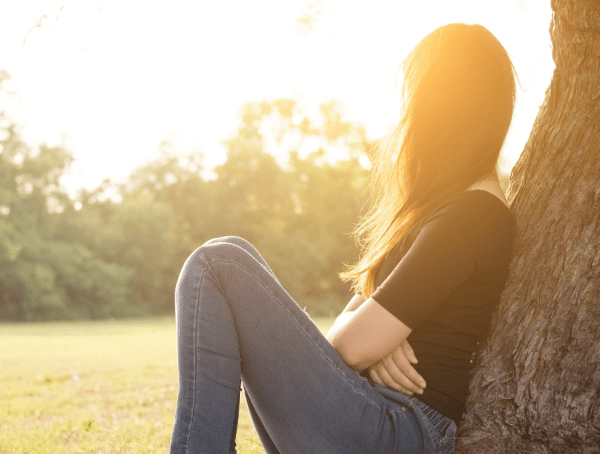 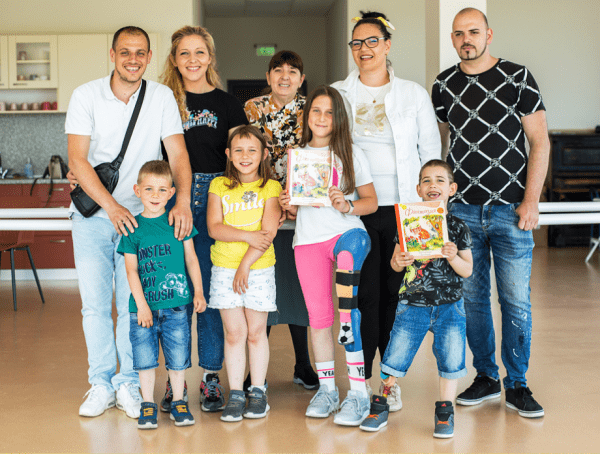 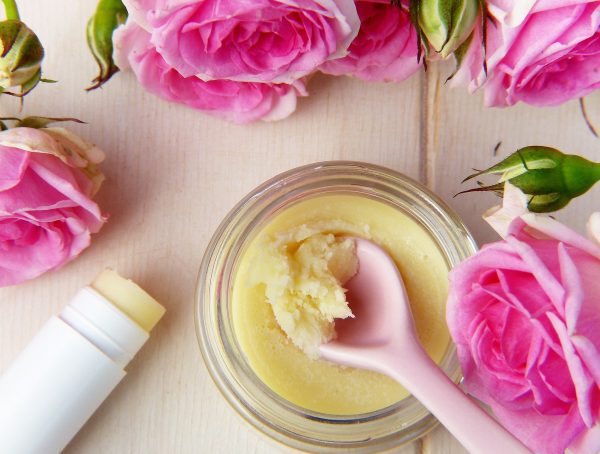